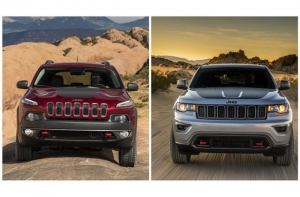 Since it was introduced in the 2014 model year, the Jeep Cherokee and Grand Cherokee’s transmission has had its share of known, widespread issues.  Notably, a class action was filed related to the 2014-15 model years after customers complained of faulty shifter and shifting issues.  Indeed, this problem received much media attention as it was alleged to have been a potential cause for the accident and tragic death of the actor Anton Yelchin.

The ZF 9HP is a nine-speed automatic transmission built by ZF Friedrichshafen AG subsidiary ZF transmissions in South Carolina.  While it was designed to improve fuel consumption compared to a six speed automatic transmission, consumers started having problems with it from its launch date. The 2014 Jeep Cherokee was the world’s first passenger vehicle to contain the new transmission, but problems with the transmission were a reported basis for the launch delay of the 2014 Cherokee and the underlying basis for technical service bulletins designed to address the known problem after the vehicle had begun being distributed.

While FCA US, LLC states that the issues have since been resolved and model years after 2015 do not experience the same concerns, many customers who have purchased 2016 and later model years apparently disagree.  A quick online search related to Jeep Cherokee and Grand Cherokee transmission problems reveals that owners across the country have reported ongoing transmission issues in their 2016 and newer Cherokee and Grand Cherokee vehicles.

FCA US, LLC has published several Technical Service Bulletins (“TSBs”) over the years in these vehicles related to repair procedures which include software updates for the Powertrain Control Module affecting the transmission.  The fact that these TSBs exist and have been published by FCA US, LLC indicates that it is well aware of these ongoing transmission problems in these vehicles.

Indeed, transmission replacements can be one of the most costly repairs to a motor vehicle.  One report indicates that a transmission replacement for these vehicles would cost $7,500 on average to repair out of warranty.  With every day these vehicles get closer to the end of their warranty periods and if such a problem remains unfixed in such a vehicle the owner has rather costly repair expenses to unfortunately look forward to.

The “Chevy Shake” Class Action Lawsuit Has Been Filed In California-... The 10 Least Reliable Cars On The Road for 2021
Scroll to top