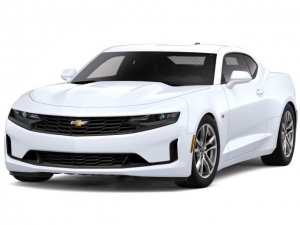 The Chevrolet Camaro is one of the most iconic muscle cars ever made and has its share of diehard fans.  With several different model types – ranging from a base model to souped up track cars – there are various trim options to meet many needs in a package that many find appealing.

No matter which trim you choose your Camaro, it will likely be equipped with GM’s 8L45 or 8L90 8 speed transmission given that most consumers do not prefer manual transmissions in this day and age.  The 8L45 and 8L90 were designed to establish up to 5 percent greater efficiency when compared to the previous 6L45 and 6L50 six speed transmissions they replaced.  The transmissions weigh less and have gear ratios with smaller steps between gears.  General Motors, LLC was happy with these advancements and considered the transmissions to be a step forward.

That is not to say, however, that such transmissions have been without their issues.  Since they were introduced into the 2016 model year, the sixth generation Chevrolet Camaro’s transmission has had its share of known, widespread issues.  Drivers complain of gears that shift too hard or too early.  Consumers also complain of violent shakes, jerks, and/or hard shifts.

While General Motors, LLC states that the issues have since been resolved, many customers who have purchased 2016 and later model years apparently disagree.  A quick online search related to Chevrolet Camaro transmission problems reveals that owners across the country have reported ongoing transmission issues in their 2016 and newer Camaro vehicles.

Websites such as www.carcomplaints.com and the National Highway Traffic Safety Administration’s websites, www.nhtsa.gov and www.safercar.gov, reveal hundreds of consumer complaints for abnormal transmission problems such as harsh shifting, improper shifting, etc. for 2016-current model Camaro vehicles.  Online forums and car websites such as www.carbuzz.com and www.motorbiscuit.com as well as Youtube videos document consumers’ frustrations with the Camaro transmissions.

Indeed, transmission replacements can be one of the most costly repairs to a motor vehicle.  One report indicates that a transmission replacement for these vehicles would cost $6,000 on average to repair out of warranty.  With every day these vehicles get closer to the end of their warranty periods and if such a problem remains unfixed in such a vehicle the owner has rather costly repair expenses to unfortunately look forward to.

The 10 Least Reliable Cars On The Road for 2021 The Volkswagen Tiguan and Atlas Have Known Issues and Poor Reliability Scor...
Scroll to top